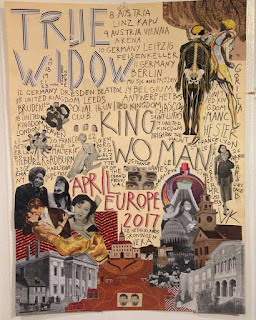 Better late than never I suppose...

The shows this past September turned out incredible. Thank you to everyone that was involved in any way! Chelsea Wolfe and her bandmates were most gracious hosts, and even though it was our longest tour to date they helped make the time flhigh.


We'll be in Austin this weekend for FunFunFunFest and have shows friday, saturday, and sunday.


The guys over at Shirt Killer have been kind enough to add us to their roster of bands.
I have several shirts from them and they make good stuff!
You can find the stuff here - TW:SK

...keep an eye out for new designs in our store as well. TW:BC
please keep in mind I do all the printing and shipping myself so if we're on the road it will take some time to get your order out.


*a note to our friends over the pond
we'll be spending most of December supporting Kurt Vile and the Violators over there.
it's safe to say we're all looking forward to getting back. Dates will be posted on here shortly. see ya'll soon!

It's been almost forever since I've posted on here, but things are about to change. We leave today for our first US tour under Circumambulation and will be joining the lovely Chelsea Wolfe for over two dozen shows. Dates are listed below...

Once we get home we'll have a few more things to fill everyone in on. Like the reissue of our first record (S/T), FunFunFun Fest (Austin, TX.) in November, and Europe (w/ Kurt Vile) in December.

Welcome to the year of the DRAGON everyone.
it should be an interesting one!

We recently updated the future engagement section with several new shows and there will be more over the next few weeks.

There are a couple of shows this week.

First up is 35Denton,
we're glad to have been asked back and excited to see a lot of the bands they have this year. Not to mention incredibly stoked to be playing with OM!

Following that the next night we'll be in Dallas for a party with some good friends from Philadelphia. Parade of Flesh is hosting and both bands will be performing & spinning records all night.

Then sunday we'll be back in Denton to see Purling Hiss, LEGSWEEPER, Thee Oh Sees, the Jesus & Mary Chain, and more.


As for SXSW...
I know a lot of you already figured this out, but we've decided to pass on playing this year. The last 3 years have been fun, so we're going to see how much more fun we can have with no schedule to keep, traffic to get the trailer through, or gear to lug around!


In April we've got a few of Texas dates, all of which should be a good time, and in May I'm pleased to say we'll be hitting the road again with Kurt Vile & the Violators. We were saddened when our shows together last year came to an end, but fortunately it was only a temporary parting.
Plus we'll be joined this time around by Black Bananas!
Puppets and Apes go Nuts!!!


Grab the dragon by the horns and hold on for a ride.
Things might get weird...