...we were out east playing shows, making new friends, and finding good-times, so we're all pretty excited to be getting back there this fast!
For the fist half this trip we'll be joining Kurt Vile & the Violators. We've had the chance to play together a few times when he was passing through Dallas in the past and it's always been great! I'm definitely looking forward to making it happen on the road.
Once we get to Baltimore we'll part ways with Kurt and the gang.
It will be sad but there will be plenty of shows left and lots of friends we've made over the last 3 years like Purling Hiss, Fangs Out, Restorations, Mansion, and our east coast road warriors from a year ago Bad Dream to play them with!
.:AUGUST:.

The west coast shows for September are coming together nicely and i hope to be able to post the full details soon. There will also be a few shows added before and after the Boris shows in November.
Should be an interesting few month!
-slim
PS. Our "vacation with shows" in southern California this past July was a blast! thanks to everyone that came out to the shows. We had a great time playing and hanging out with our old friends Night Horse, Lantvrn, MOAB, and new ones Ides of Gemini,
Radio Moscow, Red Sparowes, & T.F.W.!
Thanks to TeePee Records and the L.A. Record for inviting us out.
Posted by .:TRUE WIDOW:. at 6:27 AM 1 comment:

YES,
it's finally time to knock the dust off these drums and hit the road!

thank you to Kemado for allowing us a shot at a second record. glad you guys dug what you heard!
we're all excited about getting to unleash the new jams live and look forward to seeing what kind of life they take on for themselves!
first up... east coast
below you'll find the most current info we have. keep an eye out on facebook / twitter for more info and updates.
unfortunately the Nashville show (4/25) was canceled. hopefully we can catch y'all real soon.

everybody else better get your boots on!
-slim

it starting to feel like the day would never get here,
but now it's just around the corner!
as a lot of you know the new album will be out the 29th, so needless to say things have been a little hectic around here. Kemado will be offering a few different pre-sale packages with various goodies including a 18x24 signed lithograph (D.H. artwork), exclusive t-shirt (made by the hands of yours truly), demo cassette!, and more. like i said, we've had plenty to do the last month or so. there will be info on all that stuff soon, but right now i just wanted to give everyone a heads up on shows for the month.

we are all very excited to get back out there and start playing again!
the break was nice,
but it's almost time to get it on and i could not be more stoked!!
things get started next weekend on the 12th and then we'll spend the following week in austin for SXSW. the weekend after that on the 26th we'll be throwing a little party at the D-wide to celebrate the release of the new record and everyones invited! 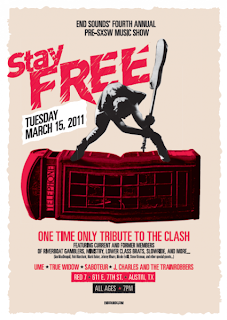 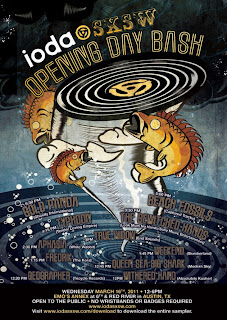 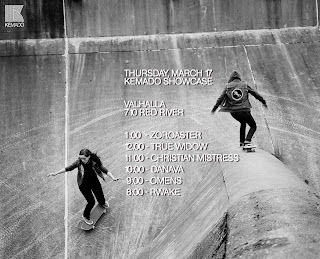 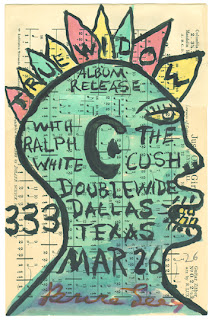