i know this has been online for a few weeks now, but i wanted to post it here with a little more about the guy who made it and how it came to be.
if you've already seen the video then you know it's a first for us and was put together by the clever eye of one Mats Ek.
Mats lives on Gotland Island in Visby Sweden, does work for an ad agency, seems to enjoy tattoos and skateboarding amongst the other fine things in life, and is working on his masters in video and 3D at Gotland University.
he first contacted us some months back and said he really enjoyed the album. eventually he turned us onto some of his photography and we slowly started bouncing ideas back and forth. the band tried to come up with some key elements that he could work with over there like the shovel, letter, girl, big sky, macro shots, etc. i think his original idea was a bit different, but he did mention the snow season was about to start in a couple of weeks and had a pretty solid layout in his head. all of us agreed on the style and that a thinner story line would give Mats more room to play around visually. i found a handful of photos from various vacation enthusiasts on the web and he recognized a few of the spots. we bounced one or two more emails to nail down a few details and days later he sent us some test shots. 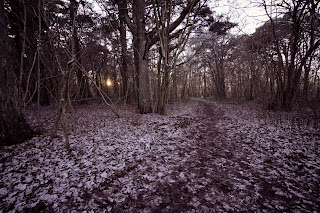 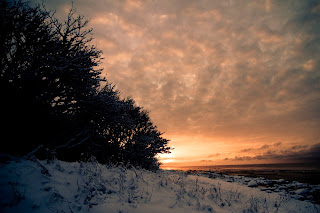 we made a few minor adjustments and went for it. he and Simone spent a few days shooting. then he started cutting it up. it all happened between christmas and new years. we saw a few stills from the shoot and they looked great, but when he sent the link for the finished video i think we were all a little blown away! after i wrote him about how much we loved it i asked him a few question.
} he tries not to think too much when he's shooting.
} likes to listen to the music before filming and let the visuals play out in his mind.
} it was very cold, but they stayed warm and Simone was a trooper. she really enjoyed being involved.
} he has a serious passion for merging audio with imagery and is open to working with most anyone that is interested.
} amongst other up coming projects he would like to make his way to the states to follow up on a few leads and possibly work on another video for us. of course with endeavors such as these finances always play a roll and times are tough on both sides of the world.
anyone interested in helping make this happen, or if you have questions about your own projects can contact Mats via his method of choice.
{{ mats.o.ek@gmail.com }}

you can also find him here-
website
youtube
facebook
vimeo
he's also working on his own recording project. there's not any music up yet, but when there is you'll be able to listen here-
PALMS

i would just like to say thank you to Mats and Simone one more time for their hard work and providing us with such an incredible video! we're looking forward to the next one!

...in other news
we're starting to post dates on the site for our next trip out west. in order to raise a little gas money we'll be playing a lot of TX shows leading up to our departure in late february.
see you there,
slim
Posted by .:TRUE WIDOW:. at 3:35 PM No comments: