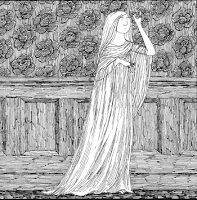 if that's your thing, if not than it's just cold out.
it took a while but it's finally starting to feel like winter down here, and i can't say that i really mind. it's a nice break from the heat of summer and it's not like we have to shovel snow or anything. i've always been fond of winter. there's just something about the way everything appears and the crispness in the air that's familiar and comforting.

well enough of all that,
guess it's time to play catch up.

last month was a good month-
} the Crash That Took Me were gracious enough to invite us to play they're CD release show at Sons of Herman Hall and everybody had a great time. just wanted to say thanks to them for the invite and when you get a chance check their new stuff out!
} our album turned a year old on 11/11 and the reviews (under press) are still coming in. more recently we received some very kind words from a fellow named Andee over at Aquarius Records in San Francisco. thank you so much and we can't wait to get back out there!
honestly, thanks to everyone that noticed, bought the album, told a friend, took the time to write/post a review, download, link, tweet, or whatever else the kids are doing these days. we truly appreciate the support!
} thanks to Reid & Allison for inviting us to guest host their show Sonic Assembly Power Hour on KNON 89.3fm "the voice of the people" here in Dallas. it was fun, we got to answer a few questions and play around an hours worth of music. you can hear them every tuesday night from 10-12pm.
} this past saturday we played a house party out in Denton and had a blast. by far our best experience out there! thanks to the guys in VIDEO and the River Mouth for having us and a special thanks to the birthday girl. we hope you all enjoyed it and we'll see you again in january.
} i recently found this video from when we played with Dove Hunter at Granada Theater back in september. does the past really hold a key to the future?

speaking of the future-
} the demos keep rolling. we've got an hour and 20 minutes worth of new material right now and they're still flowing! keep an ear out, we should have something to wrap your head around soon.
} while there are no immediate plans for a second full length at this time, we would love to get it going sooner then later.
} the compilations are still in the works, but that's about all i know at this point. there's also been some talks about doing a couple of split 10"s or 12"s, and those are looking promising. hopefully we'll know more about some of this stuff soon.
} while i'm on the topic of compilations i should mention the guys at Gutterth Productions just put out there 2nd comp and were kind enough to include "Sunday Driver". it's a double disc and free to download here.
} Exploding In Sound, who included "Duelist" on their 1st comp back in february is moving forward strong with the release of their 4th comp. you can download all of them for free here.
} there is an outside chance of us recording a few songs with our demo gear for a short CDR we make ourselves to sell at upcoming shows on the road. if we can pull it off there should be 3 or 4 unreleased songs, maybe a cover or remix, i don't know? we'll just have to see what happens.
} speaking of the road, we're looking at heading back out to the west coast in february/march, and if everything works out the east coast again in april/may.

not so distant future-
} back in september the Double Wide invited us to hangout for a night and play some of our favorite songs. everyone had such a good time that they invited us back to do it again and we were happy to oblige them. this tuesday dec.15th we'll be back at the bar tearing thru vinyl and polishing off bottles from 10pm-2am, so if your in or around Dallas head on over!
} our friend John over at Parade of Flesh has helped us put together a special one night only show. on dec.30th at the City Tavern in Dallas we'll be playing an extended set of the new material. it won't be all the new songs (too long), but we won't be playing anything off the s/t album. we wanted to say thank you to everyone that's been coming out to the shows all year and we thought this might be nice holiday treat. hope you enjoy!
} we'll be kicking off the year with a few shows around TX. here's how things are looking so far.

i suppose that's it for now. have fun hanging your stockings, decking the halls, and trimming everything in tinsel. as for myself, i've got a nasty little tree that's just begging to be lit up!
if you don't hear from us again before the new year, make the most out of what's left in this one, and we'll see you soon.